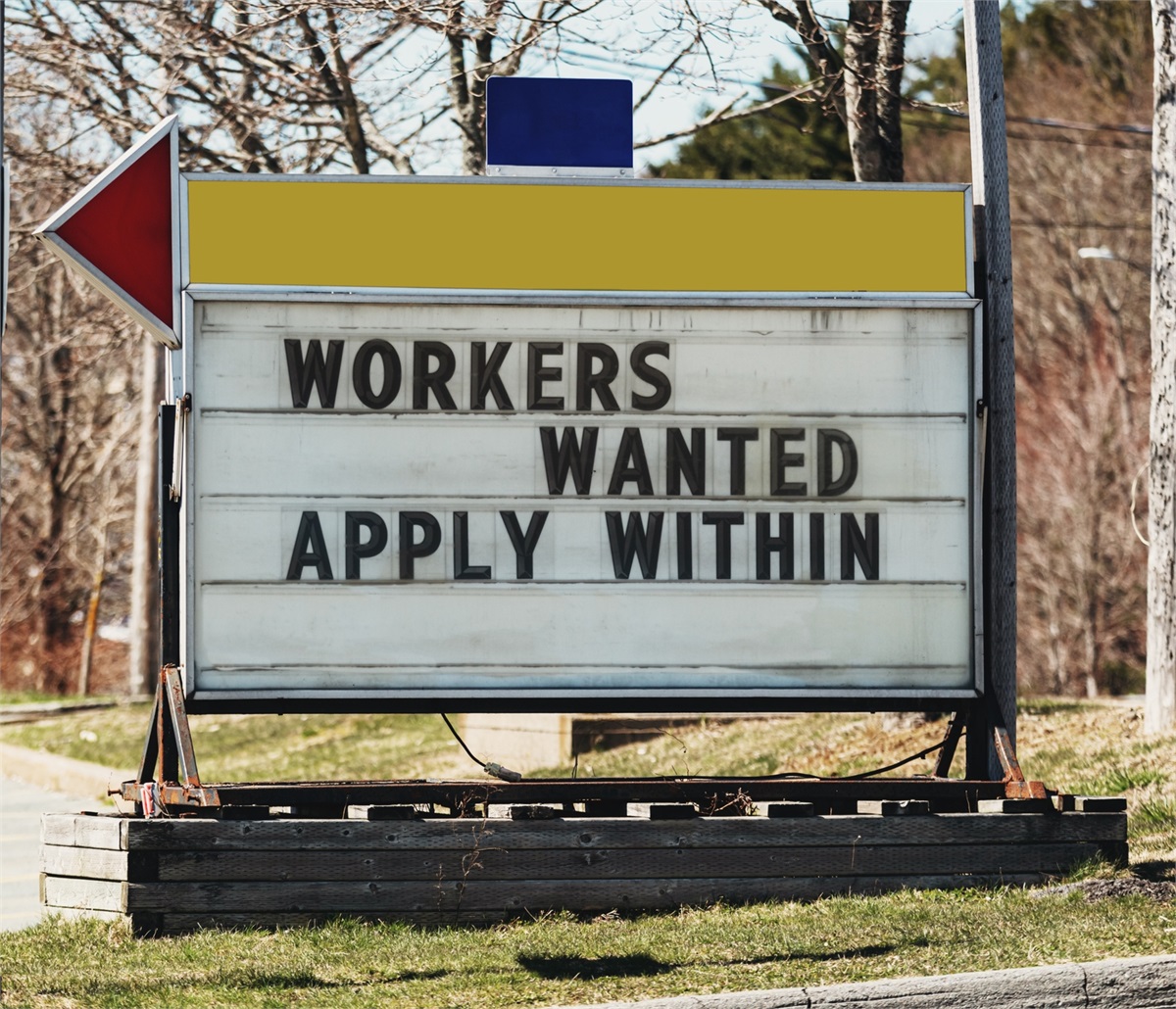 The Wooden Nickel: Where Are The Workers?

Have you been frustrated lately trying to locate your waiter? Did you get caught in the slowdown of Southwest Airlines? Does it seem like it takes a lot longer to go through the supermarket checkout? When can those yard people finally come to your house?

Where are the workers?

As we finally emerge from the economic slowdown caused by the pandemic, economists and employers are flummoxed. No one fully understands why workers haven’t returned to their jobs. Estimates are that we are still millions of workers down from pre-pandemic levels despite a roaring economy.

Initially the blame was put on those “extra-generous” unemployment benefits. However, this negative view of worker motivation is not borne out by the data; the differences in worker participation between states like Missouri (which ended those programs in June) and states that maintained extra benefits until September are non-existent. The information does not support the idea that unemployment checks were causing people to stay home.

Others have explained that women, who have traditionally taken on more of the burden of child-care, have stayed out of the workforce because schools and daycares didn’t re-open quickly enough or were understaffed. Since children under 12 couldn’t be vaccinated until recently, Covid has still played a part to keep some women out of the workforce and stay home with their kids. It’s likely that a lack of childcare has kept many women from returning to their jobs.

Perhaps the large sums money some workers were able to save during the pandemic is playing a role in this.  Americans have banked billions of dollars by saving money they might have spent on things like traveling, dining out and other discretionary spending.  The pandemic and resulting supply chain backlogs have kept folks from spending, so they have saved instead. If a person has strong savings and is trying to choose a new job, it makes sense that this person can be a little picky and not take just any old job available.

Workers may also be re-evaluating the balance between work and life. The companies that have had the most problems with staffing are in the same sectors where workers were most at-risk during the pandemic: direct service jobs like hospitality, retail, and health care. These workers may be holding out for better pay, conditions, and flexibility before they jump back into the risky public-facing jobs they had before and during Covid. As Betsey Stevenson, a University of Michigan economist was recently quoted in the New York Times: “It’s like the whole country is in some kind of union renegotiation.” Workers are looking for a better deal than the same old low-pay, inflexible workplace. Who can blame them?

It also appears that many who were on the edge of retirement before the pandemic have pulled the trigger because of it. If you have some retirement savings, and mortality is staring you in the face in the form of a global pandemic, you might decide that working is no longer a good use of your time! Older workers make up the steepest drop in the workforce, and many of them are not coming back

Lastly, a significant drop in both legal and illegal immigration has likely exacerbated the issue. Over the past decade of slowing birth rates and lower worker participation, one of the natural sources of new workers – immigration – has kept our workforce afloat. Before and during the pandemic, this flow of workers has been shut off. Our very broken immigration system has intensified labor shortages.

So the issues confronting employers are many. Extra savings have probably kept some people from accepting lower-pay or extra-risky jobs. School issues with unvaccinated children and the absence of affordable childcare have kept many parents out of the work force. Changing values of what work/life balance should be, especially for older workers, has convinced many to retire. The unavailability of immigrant workers to pick up the slack has contributed to the problem.

No one reason stands out as the only cause. Individuals are making their own decisions. Who am I to tell somebody she shouldn’t hold out for an extra buck an hour?

I’m an optimist; I believe that eventually, capitalism will adjust. Some businesses will pay workers more and pass along the cost to consumers (as they should). Some workers will run out of “extra” savings and eventually go back to work. Older workers might be enticed to come back part-time for the right circumstances and pay. Companies might adopt more technological solutions to remove the need to hire workers at all. Congress might even fix our broken immigration system (Stop laughing! It might happen!)

One thing for certain is that this worker shortage does not have an easy explanation that fits neatly into our preconceived notions; neither Republicans nor Democrats have all the answers. The effect of the pandemic is that our system of labor is probably changed forever in ways we don’t quite understand right now.

One of the basic tenets of capitalism is the concept of “Creative Destruction”, that the market punishes companies that do not evolve, while other companies rise in their place.  Think Kodak and Blockbuster vs. Apple and Netflix.  Change is feature of capitalism, not a bug.  The jobs and workers of the past aren’t the same as they are today.  We are lurching forward into a new, post-pandemic world, and our understanding what workers are willing to do for a living is lurching too.