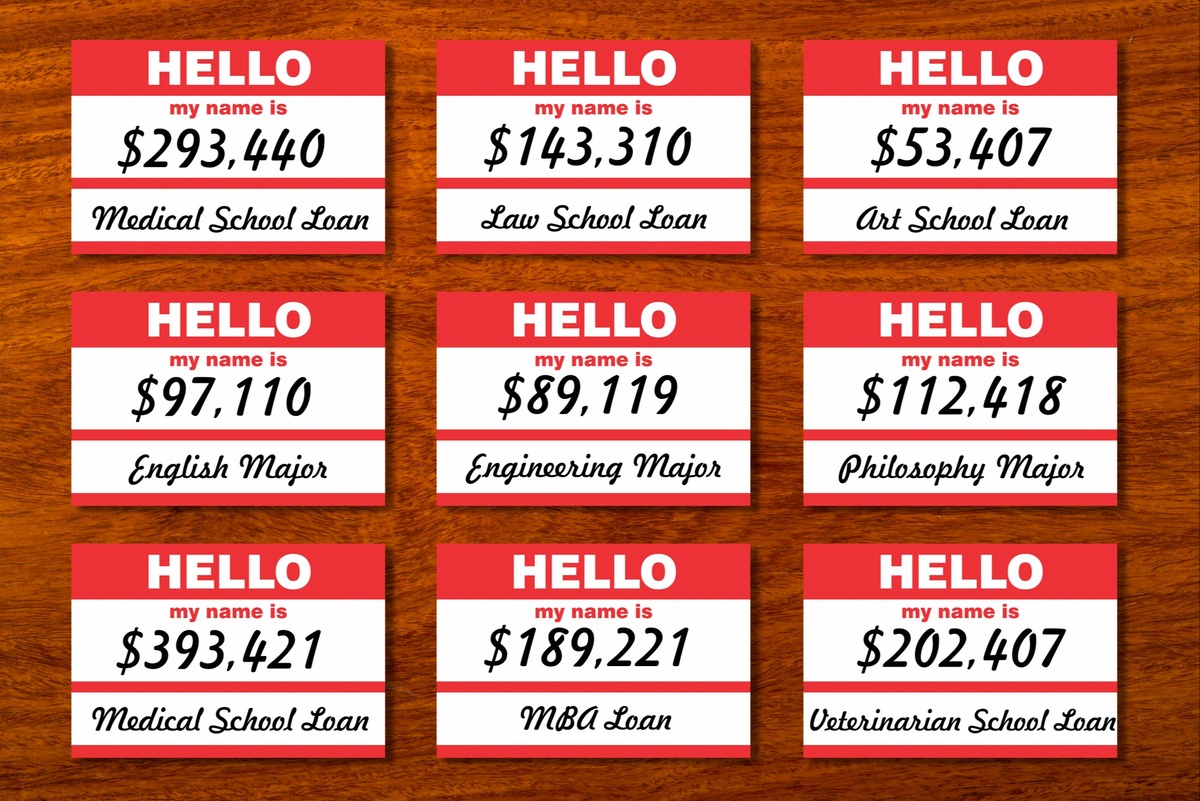 Much has been made of the recent announcement by President Biden that the Federal Government will cancel up to $20,000 of college student debt. There are many questions about whether or not this is a good policy, but I find that the more intriguing question is: “is it fair?”

On the one hand, some are aghast that the Federal Government would tell those who borrowed money for college to “go ahead and just don’t pay it back.” What kind of message does this send to past or future borrowers? Why is this only for those who currently have student debt?  Why not folks who borrowed and repaid the loans decades ago? Or those who worked hard to NOT borrow money in the first place? These kids went to college, so why give them a break when non-college graduates don’t get this break?

These are compelling points.

On the other hand, many rightly complain that colleges have been in a relatively no-lose business and have pushed student loans on naïve students to support their outrageous cost of attendance. They give no assurance that students are getting value for their tuition payments. The kids who make decisions to borrow tens of thousands of dollars generally don’t have any financial experience, any assets, or any protection from predatory lending practices. These students can’t even buy a drink legally because society doesn’t trust their judgement, so why are they encouraged to borrow ten, twenty, or fifty thousand dollars without so much as a thought about what their occupation will be, let alone their capacity to repay?

I admit, I was biased against loan forgiveness. My family had very little money when I applied to a very expensive university back in 1984. The school essentially told me, “don’t worry about the high cost; you can borrow what you need.” I had no idea how I’d repay what became about $25,000 in student loan debt; I trusted I was getting good advice about the college, my chosen major, my next major (once I realized I was never going to be an engineer), and what the job market might look like when I graduated. I was as diligent researching loans as anybody, but now as I look back on it, I didn’t have a clue about the nature of the obligations I was assuming. Nobody counseled me as to what these loans would mean, how I would be handicapped in future life decisions, or the alternatives to borrowing. I only knew that when I graduated, I needed to start making money or I was going to be unable to pay my loans. I passed on some opportunities (grad school, some jobs, nice cars, etc) to take one that promised a good paycheck.

Luckily, it all worked out. But don’t get me wrong: it was not wisdom, but just blind luck that it worked out for me. Maybe there’s better loan counseling now, but from what I read and have seen, students are still encouraged to take on thousands of dollars of debt without much thought to what the long-term consequences are.

My bias, until recently, was that since I was able to manage this, others should pay their loans off as well. Why are today’s students so special? What’s wrong with making them do what I had to do?

Well, in a word, it’s cost.  When I went to school, the total cost was approximately $12,500 my last year. Thirty years later, that same one-year cost is about $78,000, reflecting an annual college inflation rate of 6%. The annual inflation rate for the general economy during that same time was 2.3% a year. Therefore, the cost of this university (and actually all universities) was a staggering 2.6 times the actual rate of inflation. A college education costs a lot more, relative to other costs and wages, than what it did for past generations.

It's not just the private universities, either. Public schools like Mizzou or Missouri State, which supposedly are supported by the state, have also increased costs at a similar 6% annual rate for over a decade. For prior generations the state schools were subsidized, but tax cuts in these states have led to tuition increases. Students pay a higher proportion of the cost to go to state schools than ever before. We can argue about whether the reduction of this support in favor of tax cuts was good policy, but what can’t be argued is that costs for students has risen much faster than the economy overall.

One may wonder why if the cost for colleges has skyrocketed, why hasn’t the market adjusted and more schools opened to meet demand? In a normally-functioning market for phones or cars or potatoes, an overwhelming demand for a product will encourage new producers to enter the market.  Invent the iPhone, and eventually Samsung comes along with a similar product. Competition keeps costs in-check.

Unfortunately, it’s pretty difficult to just start a new University of Missouri or SLU or WashU; capital doesn’t flow to create new schools. The barriers to entry are substantial. Money does flow to existing schools (endowments), but it isn’t usually spent to increase capacity.  Schools compete with each other by building better dorms, cafeterias, workout facilities, etc. to attract students.  The brand name of colleges means a lot.

Running up against this limited supply is ever-increasing demand. This is the Information Age, so more and more jobs require a college education and students are correctly being told that the only real chance for a shot at a normal life in America is via a college degree. A college diploma has become the new “High School diploma”.  To access the well-paying middle-class jobs of our age, a college degree essentially a requirement.

Who can afford college? Well, the very wealthy will always be able to afford whatever they need; that’s what being “wealthy” means. Middle-class parents struggle to save all a child’s life, but they often need to borrow some more to get their kids into “good” colleges. On the bottom end, poor kids have no resources to tap; they do get financial aid, but they also need to borrow to make up the difference. Critics will tell them to “get a job” to put themselves through college, but there aren’t a lot of summer/part-time jobs that pay living expenses and the $30,000 for school. Therefore, the obvious solution is that the school tells the student, “don’t worry, just borrow the money now to get the degree to get the job, and deal with the debt later.”

The total student debt in this country is higher than all other non-mortgage debt combined. Aside from the wealthy, a huge number of students (about 43 million) have used debt for college to bridge the gap. As a result, the student typically graduates with a $300-500 a month payment for 10 years. That may not sound like that much to you, but that’s what prior generations used to save for a home-down-payment fund, or what parents must use for their own kids’ college savings. It’s no wonder young college grads are waiting later or never to have kids. They flat out don’t have the extra money because they start their own adult lives in a debt hole.

We all benefit by an educated population; less crime, more opportunities, more tax revenue…it’s the same argument reformists were making over 120 years ago when they argued that we needed to make high school mandatory and free to everybody; we all win when we create a highly skilled population. The answer for the poor and middle-class kids is to “suck it up, borrow up to your eyeballs despite the fact you don’t know what you’re going to do in life, and then be saddled with a massive debt if you choose the wrong occupation.”

That can’t be the right answer for a healthy society.

Look, I don’t know if debt cancellation is a great idea. I can see how it might make things worse:  raising costs, incentivizing irresponsibility, or cheapening the value of college. Nonetheless, it can’t possibly make sense to tell an 18-year-old kid her only chance at a new-era occupation is to sign up for a ridiculously-priced college education and borrow tens of thousands of dollars against her future unknown earnings.

Like a lot of issues, this is a tough nut to crack. The main point I want to make here is that both sides of the debt forgiveness argument have solid reasons for their positions.

After all, shouldn't educating Americans without the burden of oppressive debt should be a goal we can all support?