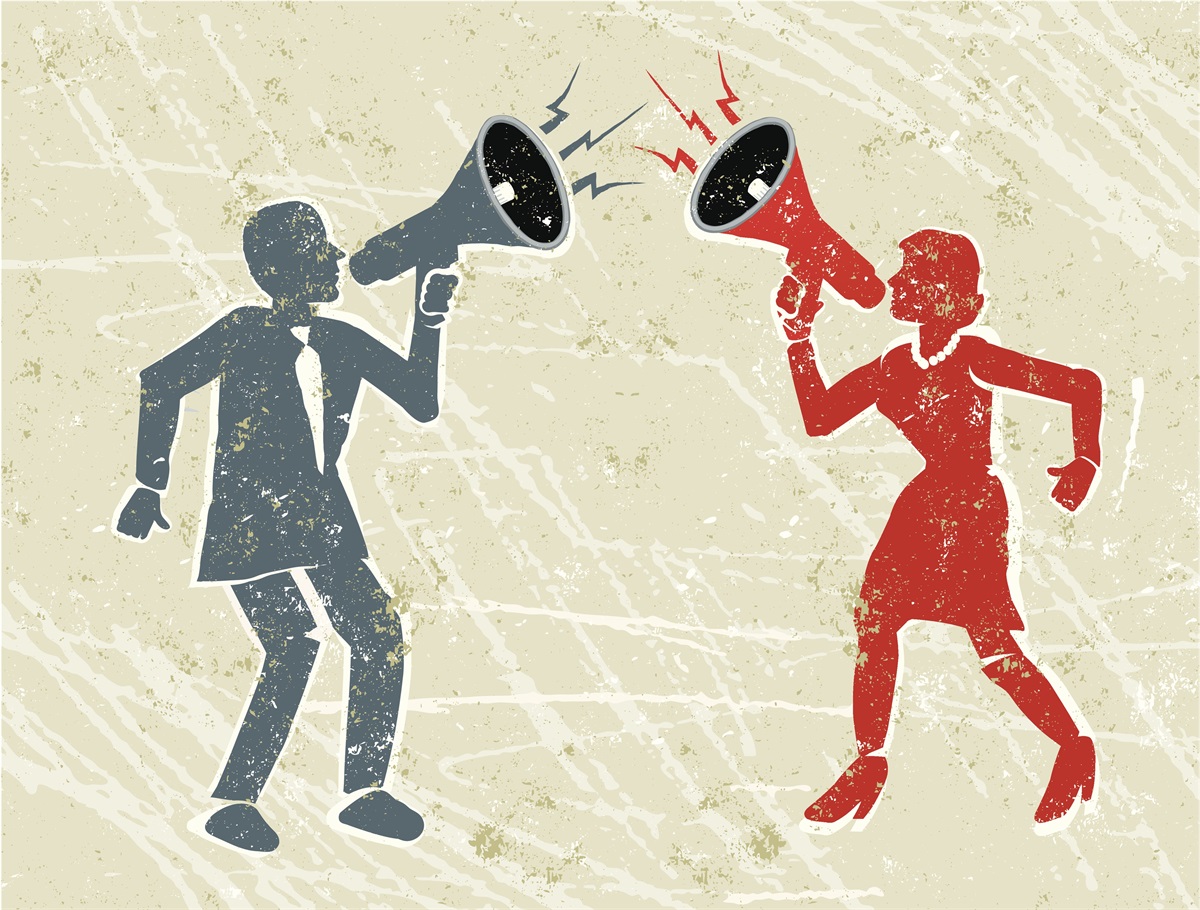 Can you hear that sound? There it is…hey, we haven’t heard that in a long time. What sound do I hear? The absence of screaming.

2021 is not 2020. Last year there were so many things about which we all got pretty riled. A Presidential election. A pandemic. Election security. A criminal justice movement and the corresponding debates about support for the police.

Our reaction to all of that was lots of screaming, yelling, and hurt feelings. Old friends became enemies. Family members worried their relatives had “lost it.” There was a feeling that we were in an existential fight for our communities, our country, and our world. We probably were. We probably still are.

The fight itself hasn’t gone away. The issues are still raw. The virus has been significantly curtailed but not destroyed; lots of folks still need to get vaccinated. The election occurred and was lauded as the most secure in history, yet a large group of people don’t believe it was legitimate and a small group revolted literally against the Capitol. We are not unified about how to help low-wage workers. We are still debating how the history of racism is taught. We are passing voting laws which some believe are addressing a non-existent problem. Solutions to our immigration problems continue to vex us.

Yet as we approach the halfway mark of 2021, one thing is completely obvious. There’s a lot less screaming.

Perhaps when we stepped right up to the edge of the abyss and witnessed the scenes of police officers beaten with American flags on January 6th, that was when most of us realized things had gone too far.

Maybe when we were granted the miracle of multiple highly-effective vaccines in record-time, we realized we were receiving a gift from science we hadn’t exactly earned.

Or it could be that when a jury convicted police officer for murdering a man in the street, we understood that we needed to work for both law and order and recognize that we don’t all experience the same justice system.

Whatever was the cause, things feel different. Some debates have replaced some insult-tirades. The temperature is lower. We aren’t arguing the need for infrastructure improvements, but instead we are discussing how much we should spend on it and what infrastructure really is. We aren’t yelling about whether racism is real, but instead there are discussions of how to address it in an equitable manner. We all agree the climate is affected by humans; we are debating how to deal with its changes, not whether we believe in it.

Yes, and say what you want about Joe Biden, but you can’t say that he occupies the same level of space in your head that his predecessor did. The quiet is…well, quiet.

Maybe this isn’t what you want. Maybe you enjoyed the circus and the idea that we needed to break the system. Ok, I’m ready for you to make that argument to me. I will try to listen with an open heart. Just please, no yelling.

I’ve found, in my 55+ years on earth, that the best way to change hearts is to open my own and hear what other people are trying to tell me. Listen first, then figure out where you and I agree, and build from there. I can’t possibly know why you think the things you think if I’m not listening to you.  I just had an email from a valued client who was critical of one of my mass emails.  I’m very grateful to him for that!  He made some points I hadn’t considered, and he did it without rancor or anger.  I listened to him because he wasn't yelling at me.

So what, you say?  Well, nobody wins if we get nothing done. If nobody is listening, nothing happens except argument.  Do you disagree with my politics? Can we find common ground? Yes, we can, as long as we aren’t YELLING!

I applaud you, 2021, the year it got a little quieter. Let’s debate. Let’s argue.  A list of grievances is the founding document of our country.  We improve by having the freedom to disagree with our government and our fellow citizens.  But let’s keep doing it just a little more respectfully, a little more humbly, a little more quietly. We can get stuff done if we just do it without yelling.