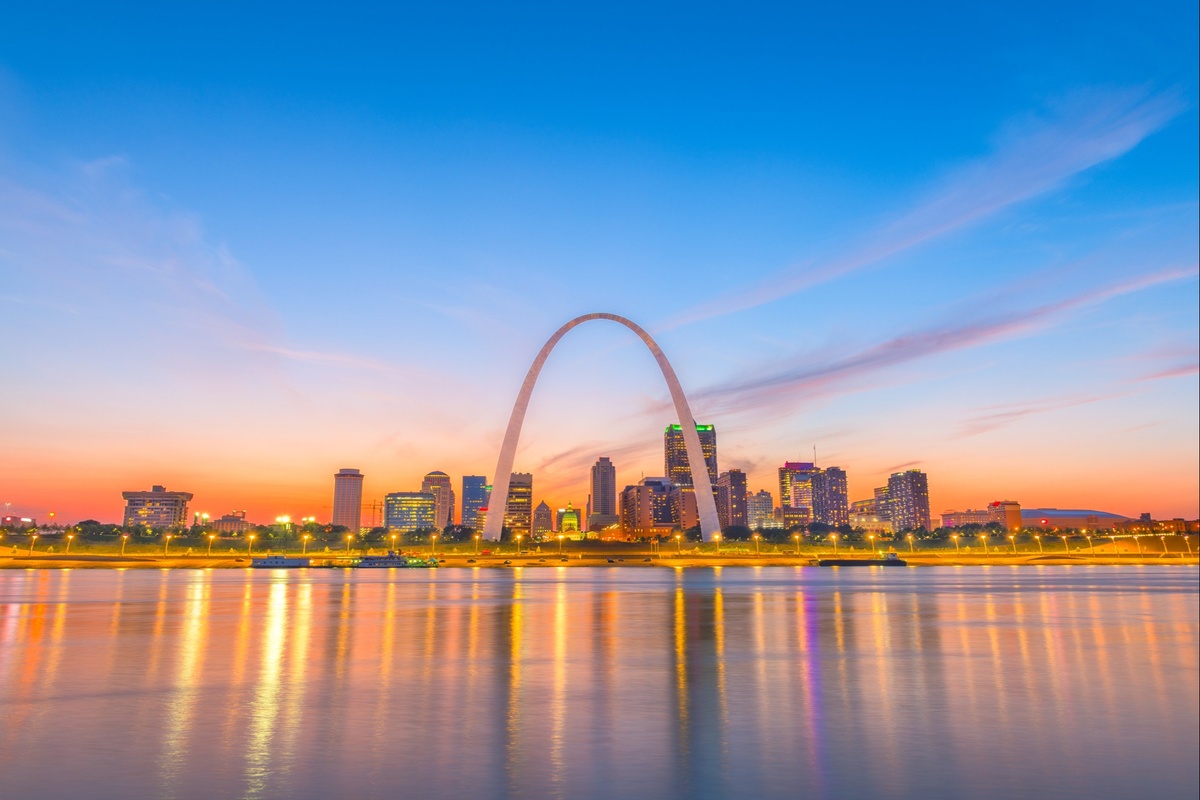 The Wooden Nickel: My Hometown

Do you live in St. Louis?

When people ask us where we are from, most of us who live in the St. Louis area answer “St. Louis.” Technically, I live in Webster Groves, but that doesn’t really mean anything to anybody outside of our area. Neither does Clayton, Chesterfield, O’Fallon, Fairview Heights, Florissant, St. Charles or the other 80 or so municipalities here; we all answer:  “St. Louis”

When people ask me about St. Louis I usually tell them it’s “not much of a tourist destination, but it is a great place to live.” When I look at other cities and their growth, I am secure in the knowledge that St. Louis eventually does everything those other cities do…we just do it a decade later.

Consider some of the “hot” growth cities these days: Nashville, Atlanta, Denver, Las Vegas, Phoenix and just about every city in Texas. They are all growing like crazy for various reasons and, by comparison, St. Louis kind of putters along. Do we envy those cities? We do envy their job growth, wealth, and fancy new buildings. They’ve been growing like this for a few decades now. Good for them! Do we want our home to be like theirs? Will we ever catch up?

I’ve been to all those cities in the past few years, and they have many things in common. Lots of construction cranes building thousands of apartments. Big-name companies opening offices/warehouses/factories/headquarters. Young people flocking to move in. Of course, they also have massive traffic headaches, high tax rates, outrageous real estate prices and non-existent restaurant reservations.  There is a price to growth.

But true to my adage about our decade-lag, we do seem to finally be experiencing some of the same growth. The city of St. Louis is doing it in -  arguably - a more sustainable way, not in some kind of boom-and-bust cycle.

What’s going on in the City of St. Louis, you ask? A lot!

We are building a state-of-the-art soccer stadium for the newest team in MLS. Wait, did I say “we” are building it? When it comes to sports stadiums, I’d argue that St. Louis is now the smartest city in the US because we decided that teams should build their own stadiums with their own money, a lesson we learned the hard way but learned, nonetheless. The owner-financed soccer stadium (thank you, Taylors and Kavanaughs) will provide yet another reason for folks from the county to venture downtown. The stadium will also be attached to an expanded part of the area’s Greenway system of bike trails. There is much to commend in this project.

The other day I was driving by that stadium construction site and I found just a short distance away is the new Foundry District adjacent to Saint Louis U. It has a great new food court, shops and a grocery store rebuilt in the former foundry. It’s right across highway 40 from the old Armory building, which is also being rehabbed into an entertainment center.

Speaking of entertainment, Top Golf is pulling permits to build another facility downtown. They don’t build those things where nobody wants to go. Maybe it’s going up because different developer is building a new 200-unit apartment building on top of a new Target store. The city investments SLU has been making the past 20 years is paying off with all kinds of new developments.

It's not just Midtown.  On the North side of the city, construction continues on the massive new National Geospatial Agency Headquarters. This will be the new home to a few thousand tech workers who will skew young, many of whom likely will choose to live near where they work. This project will be completed in another year or so and it is why I think other developers are investing in the City's housing and retail market. Just look at Ballpark Village and The Grove, two other areas that are full and growing.

There’s the Cortex/BJC complex, which has mushroomed into a mini-city in the past five years. Cortex is a 200-acre hub for technology and biological science research, development, and commercialization, and has been highly successful. St. Louis has become a mini-mecca for biomedical research in part because of the commitment of BJC and Wash U to this area.

Even some under-used facilities may be making a comeback. Bonds have been issued to rebuild America’s Center and the Dome, so that instead of an empty football stadium we will now have a state-of-the-art convention center.

To recap, the City will have National Geospatial Agency on the North, SLU/Cardinal Glennon on the South, BJC/Cortex on the West, Ballpark Village/Busch Stadium on the East, and the St. Louis City Soccer Club stadium/training complex smack dab in the middle.  With all these things happening, it seems logical that the spaces in-between will continue to improve with in-fill businesses and residences.

So yeah, just like most of the people reading this right now, I live in the suburbs. But things are happening in St. Louis City.

Heck, I didn’t even mention the fact that Stan Kronke, who was at risk of losing a lawsuit no St. Louisan thought would ever amount to anything, just wrote a check to St. Louis City, St. Louis County and Regional Convention Authority for (net of attorney fees) HALF A BILLION DOLLARS!  (Ok, I know the skeptics will say the politicians are going to blow this money, but it’s nice to know it’s there to blow.) We hit Silent Stan in the only place it matters to him: his wallet. He trashed St. Louis on his way out west, painting this place as a commercial wasteland. Well Stan, you can keep your LA stadium monstrosity (that you can’t fill with LA fans) and keep your Super Bowl trophy. We got your money.

Be skeptical about the City of St. Louis if you wish. It still has crime, political division, slow job growth, and apathy. So do a lot of cities. And yes, it has taken us longer than others to figure out how to grow, but that can be an advantage, too. We are not followers of fads. We like to see how things work before we invest.  As hometown columnist Bill McClellan has said many times, we’re the only city to build a monument (The Gateway Arch) to the people who left town.

And yet, I'd argue the City is on the rise again. The old St. Louis is dead. Long live St. Louis.