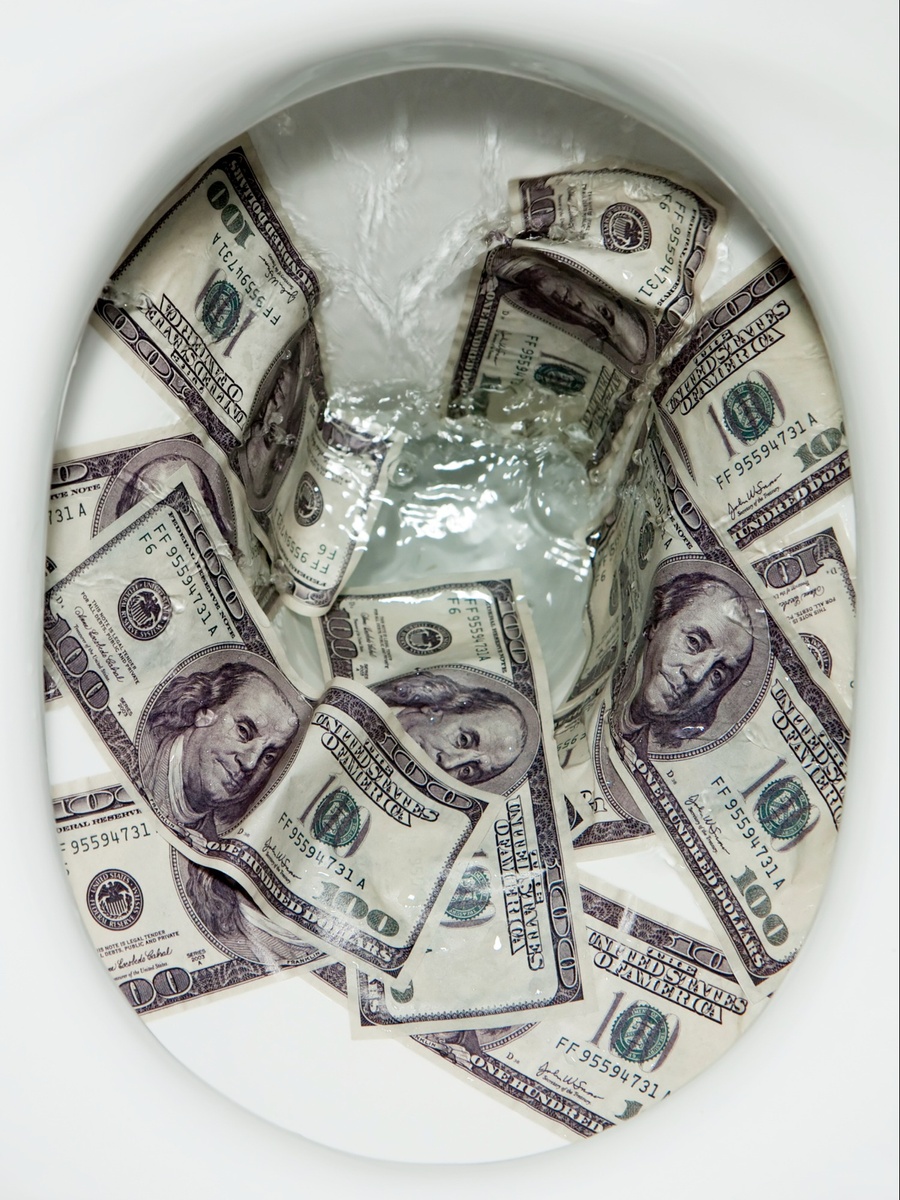 The Wooden Nickel: Been There, Done That

I didn’t keep much cash in the bank. It’s the number one recommendation I have, especially for young people starting out: keep at least three months of cash in the bank for emergencies.  However, when my wife and I were young, we never seemed to have it.  We’d use our home equity line of credit to bridge the gap.  There were always diapers to buy, or the two car payments, or day care costs.  It’s why we sometimes did the other big no-no…

I had a balance on the credit card.  Sometimes there wasn’t enough cash to pay the car repair bill.  I knew the interest on credit cards was expensive and I knew the balance would be very difficult to knock down.  Nonetheless, what do you do when you don’t have any cash and the sewer backs up?  The roof needs replacing?  When we need to pay for the vacation we already took?  Been there, done that.  Not having cash in the bank caused this!

I went without health insurance.  This was a huge mistake.  I was in college, and I was a healthy guy.  Who needs insurance when you aren’t going to get sick?  I just didn’t sign up for it.  My dad correctly pointed out that I wasn’t just risking my own financial future, but my family’s as well for what might have been a few hundred dollars at that age.  Thank heavens anybody can now buy health insurance in the US.  This was a terrible risk I took.  This is probably the worst financial mistake you can make, and I did it.

I didn’t max out my retirement savings.  Yeah, I kick myself all the time over this one.  I should have, from day one, stretched to put the most (not just the “match”) amount in my 401k, but I didn’t.  It was for the typical reason; I didn’t think I had enough cash, and retirement was such a far-off goal that it didn’t seem to matter.  I didn’t start maxing out my retirement savings until about 15 years ago, and that was three years AFTER I became a CFP®!  Again, it was “dumb”, but we had bills to pay.

I borrowed against my 401(k).  Yep, that was me.  I don’t actually remember the specific reason for doing it, either.  I think it was for some house project that "couldn’t wait", and I pretty sure we paid it off in a couple of years, but this is one of those things I warn folks against because it’s a double-whammy that often hurts your long-term retirement.  Use the 401(k) loan as an absolute last-resort.

I bought a stock on a "hot tip".  Oh brother, do I regret that one!  To be fair to myself, it was before I became a CFP® and an evangelist against this practice.  I took $5000 I could not afford to lose and bought some stupid company stock based on some guy telling me it was going to take off.  I quickly turned that $5000 into $1000, but even if it had taken off, that was a pretty dumb thing to do because I was already doing all of the “dumb” things I just mentioned earlier.

I leased a car.  Actually, I’ve done this a couple of times. I don’t really think it’s dumb to lease a car, but I leased mine for the wrong reason.  I figured I could get a nicer car I couldn’t otherwise afford by leasing, but that’s not the right reason to lease.  If you put a lot of wear and tear on a car and you always want to be in-warranty because you don’t want the repair risk, then leasing might be a good option.  That’s not why I did it, and it was dumb.

I bought an extended warranty.  Again, not always a dumb thing, but from a purely financial aspect, it’s an expensive choice.  You are pre-paying for repairs you might not have to make, and the time value of money usually makes this a bad option.  Nonetheless, I’ve done it for TVs (really dumb), appliances, and cars.  I don’t recommend it for anything you are not certain to wear out quickly.  (Actually, buying an extended-warranty on a golf glove is a surprisingly-good idea! #lifehack)

I sold stocks/funds when the market plummeted.  Hey, we all get scared.  Emotion is a crucial aspect of our financial picture, and we should not always try to live like Mr. Spock or a robot.  I haven’t done this since I’ve been giving advice about personal finance, but I know what it feels like to bail out when the world crashing down around you.  You always regret it later, but it's hard to see the sunny days ahead when you're in the middle of the economic storms.  I’ve been there.

Well, there you have it:  I’ve bared my soul.  I’ve financially “sinned” like anybody else.  I know how you feel because I’ve been where you are, wherever you are.  I know what it’s like to experience financial strain and, consequently, do things that I later regret.

That’s why planning is important!  Planning doesn’t mean you avoid the storms; those are unavoidable.  Planning is getting ready before the storm arrives, knowing what to do when the storm hits, and understanding that it’s easier to recover from the storm if you have “supplies” in place to get you through.

Are we going into a recession?  Are we in one already?  It’s not obvious.  What is obvious to me is that we make mistakes when we haven’t planned for the tough times that always come.  Do what you can to prepare but forgive yourself if you make mistakes.  Learn from them.  That’s the essence of being human.  We can’t be Mr. Spock all the time.