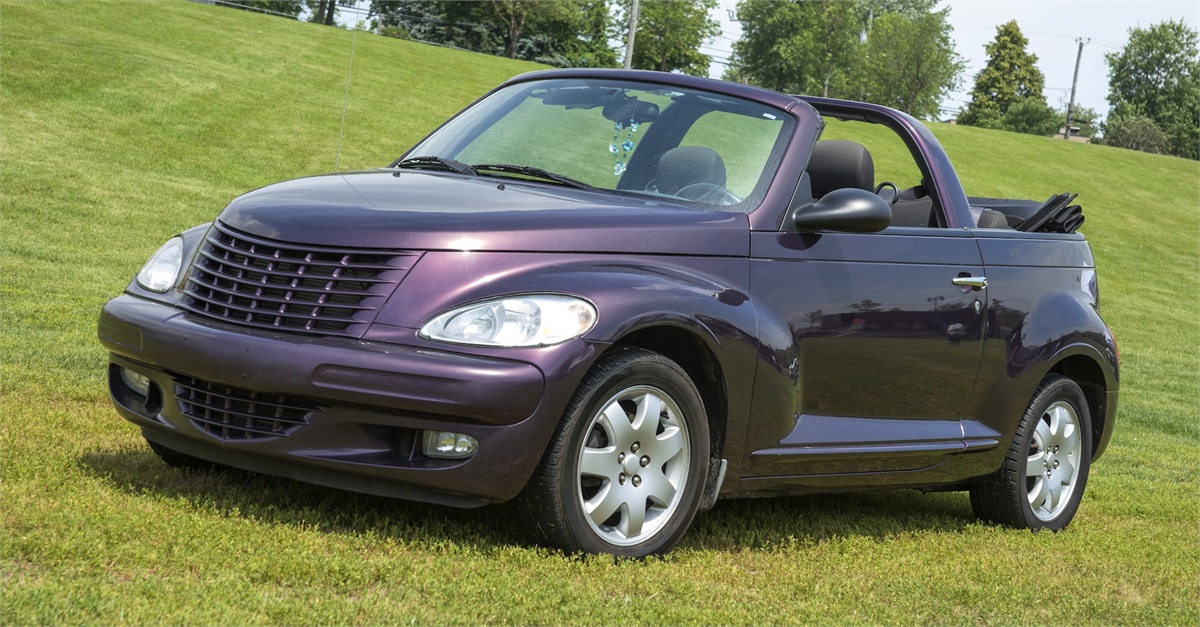 Have you ever bought a new car?  It’s often a dicey proposition.

First, you have to decide you actually want a new car.  It’s not the best of financial decisions:  a new car loses about 11% of its value the moment you drive it off the lot.  Boring old used cars generally are a safer bet.  Nonetheless, there are times in our lives when most of us just say: “you know what?  I am sick of the same old tired used cars. I want something completely different.”  So you decide: “the heck with it, I’m getting something completely new.”

Then you start researching.  So many choices!  Almost every car I’ve owned has been either silver or black; the boring but safe choice.  Oh, there was once a green Ford Contour, but I was young and impetuous.  The car that worked best for me and our family was, of course, a black Toyota Sienna minivan. That was easily the best car I’ve ever owned.  Practical, versatile, well-constructed.

Next, you research the type of car you want, and you think about the plusses and minuses, and consult with spouses, family and friends.  Oooh, they tell you, my cousin had one of those and it was crap!  Ugh, don’t buy that one; it’s a terrible car!  I remember my wife, upon hearing I was buying a VW Jetta, remarked that “only 25-year-old women buy that car.”  People tell you that this is bad, that is terrible, never buy those kinds, and so on.

But you know what?  You decide that you really want something different this time “Hey, I really like that PT Cruiser.  It’s totally different.  It’s radical.  People say it’s ugly, but that just means they’re stuck with the old choices and this is a bold new way to go.  I’m getting a Purple PT Cruiser because that will just drive all my haters nuts and I won’t have made the safe, boring choice!”.  So, you go all in and buy the purple PT Cruiser.

For the next few months you drive your new car, and you’re excited!  Look at this new feature…your old car never had that!  Hey, a new satellite radio!  Navigation!  Cool map lights and heated seats!  Everywhere you go, people notice you.  You love this crazy, radical car!  It says you're not that same old thing; you're trying something completely different!

Then one day you notice that your back is a little sore, and there’s this tiny little bar in the seat that hits you a little wrong.  Not a big deal, but you notice it.  Later there’s some kind of rattle behind the dash board that you never heard before, and now you can’t un-hear it every time you drive.  Still, this car is your radical statement to the world(!), something really new and different, and you still tell yourself you like the car despite the little annoyances.

Your spouse gets in to drive it one day and pronounces that she “hates” the way it drives.  You immediately defend it even if you secretly think she might have a point because you’ve been thinking the same thing.  You’ve had the car for a year now and you know it’s not all you thought it was when you bought it.  Nevertheless, nobody should knock your car, and in response to criticism you immediately turn around and criticize your wife’s car and point out all her its faults as a way to remind yourself that you made a good purchase.

Then the radio goes out.  You take it in and get it fixed and ask them if they can fix the noise behind the dash…they can’t hear it, but they tell you they fixed it.  You pick up the car and still hear the noise, and it’s getting more annoying by the day.

Two years in and you finally start to realize this was a really silly car and there are a lot of things wrong with it.  If somebody else says something negative about it, you reflexively defend it and also criticize their taste in shoes or make fun of their hairstyle.  This was your car, your statement, and you won’t be mocked!  In your heart, however, you are starting to realize this is a lousy car.  What were you thinking?

But what can you do?  You have a 4-year loan to pay off, and so you can’t, practically, switch cars anytime soon.  As far as the rest of the world knows, you still love this car.  In your heart you know it was a bad choice. You know all the reasons you chose it in the first place, and they were sound reasons, but experience has now told you it was a mistake.  You can’t stand the people who told you ahead of time it was a dumb choice, so you grit your teeth and deal with the shaky steering, the loose bumper, the knock in the engine, and the silly color.

You have to admit, in your heart, the purple PT Cruiser turned out to be a really bad idea.  It doesn’t make you a bad person, and it doesn’t make your critics better people because they happened to be right.  You made a choice, it was a bad one, and in the future you might make different choices.  We all are human and we all learn from our experiences.

We can’t change our past choices, but we can learn from them.  Sometimes you just have to live with a bad decision for a while and make a different one when you have the chance.  That’s wisdom.